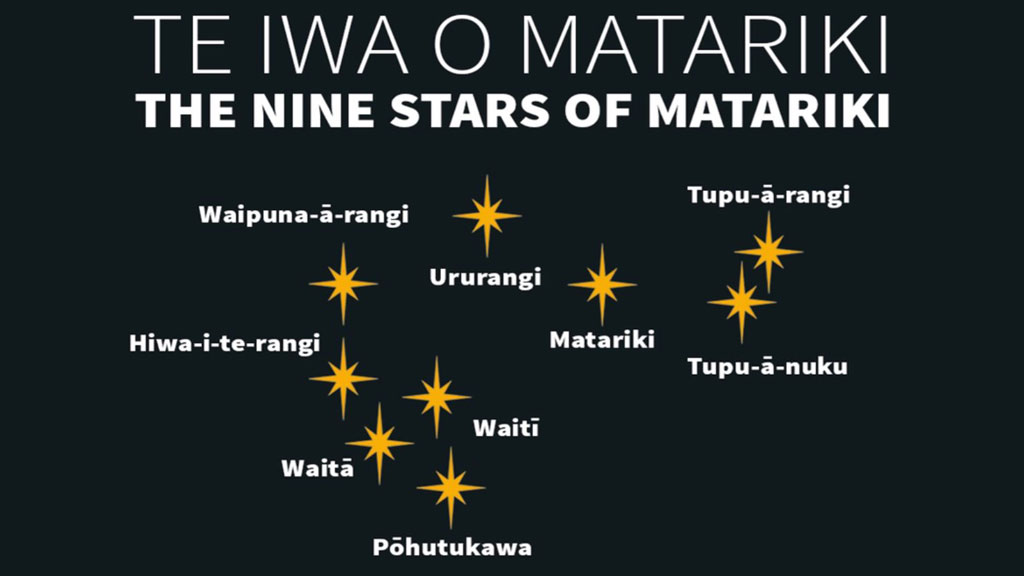 July 14 and 15 of each year is a special time in Aotearoa/New Zealand, for it signifies the beginning of the Māori new year, known as Matariki. In traditional times, special rituals were conducted by whānau, hapū and iwi to celebrate the arrival of Matariki. Nowadays, Matariki is seen as a time of renewal, where we celebrate the land, honour those who have passed, and make preparations for the new year.

Matariki is often thought of as a group of seven stars, coinciding with the ancient Greek myth of “Pleiades” being seven sisters. However, some sources claim that there are actually nine stars, rather than seven, with the last two stars, Pōhutukawa and Hiwa-i-te-rangi, being the cousins of the other seven sisters. Each of these stars has its kōrero (story) and mana to govern different aspects of earth, sky, water, sea, life and death.

The stars and their roles are as follows:

To celebrate Matariki, Reo Ora are excited the announce the launch of our new livestream classes, beginning July 14, 2021, and running for 12 consecutive weeks. During these livestream classes, Dr. Rāpata Wiri will cover all of the topics contained in our textbook and online course – Reo Ora (Ko Te Pū – Level One) and (Ko Te More – Level 2) of the Certificate in Te Reo, offered in collaboration with Learning Cloud. There are 329 words and 30 sentence patterns that will be taught during the livestream classes that will help you understand 70 per cent of everyday conversational Māori. At the moment, Reo Ora are offering a special deal of $99 (reduced from $399) for 12 weeks of livestream classes. Sign up now!