Te Reo Māori, The Māori Language Week, and Why It Matters 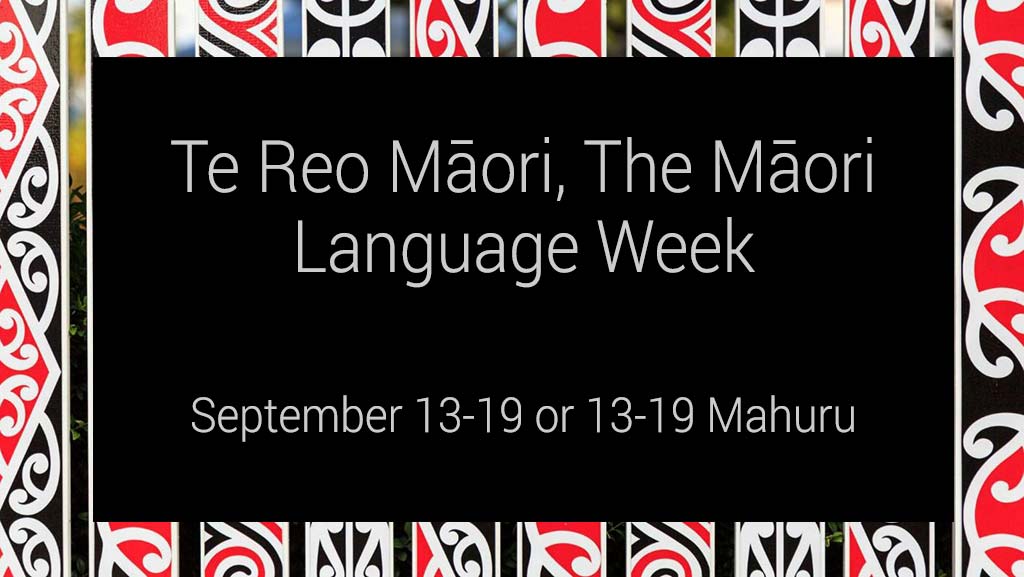 09 Jun Te Reo Māori, The Māori Language Week, and Why It Matters

What makes us proud New Zealanders?

And this begs the question – what makes our New Zealand…the country that it is? Is it just our pristine piece of land?

We are more than our beautiful land. We are an identity. We are a culture. A culture with a mesmerising history.

And an important part of our culture, history, and identity is language. The Māori language. A wonderful creation of the indigenous population of New Zealand, Māori has been an official language of New Zealand since 1987.

Which is why you see efforts like the Māori Language Week.

There was a time when you would have walked across New Zealand…you would have heard only the Māori language spoken around you. It was the language of the original inhabitants of our land. Even during the first half of the European settlement, foreigners were largely dependent solely on the Māori language for trade purposes and communication. They had to learn it for their survival.

Language is not just a way to communicate with each other. It is how we create a well-knit society with functioning parts to it.

Remember how Yuval Noah Harari explained that it is our ability to communicate in complicated detail that has made humans, or the Homo Sapien, the most powerful animal on this planet? Our ability to share thoughts and ideas, and work towards a common goal is what gives us collective strength.

Hence, language is extremely important to our identity, our survival and our strength.

“A language is an exact reflection of the character and growth of its people.”
– Mahatma Gandhi

But there are several languages which are lost or are at the risk of being lost due to influence from foreign languages, colonisation, and urbanisation.

In order to reclaim these forgotten and at-risk languages, we all must come together and help build an atmosphere where at least a language must not completely lose its soul and die.

With more than 2700 languages which are spoken in the world, Māori is one such language which has risen from the ruins. From being the dominantly spoken language in one era in our beautiful New Zealand to the verge of being extinct, Māori language has seen its own ups and downs.

The culture of the indigenous people is famous for two things.

First, the Haka, their ceremonial dance that is used for everything from battle preparation to funerals, graduations, and the welcoming of distinguished guests. It’s eye-catching to see the synchronised stomping and facial tattoos.

Or, as Māori oral tradition explains it – Haka is a dance “about the celebration of life”. 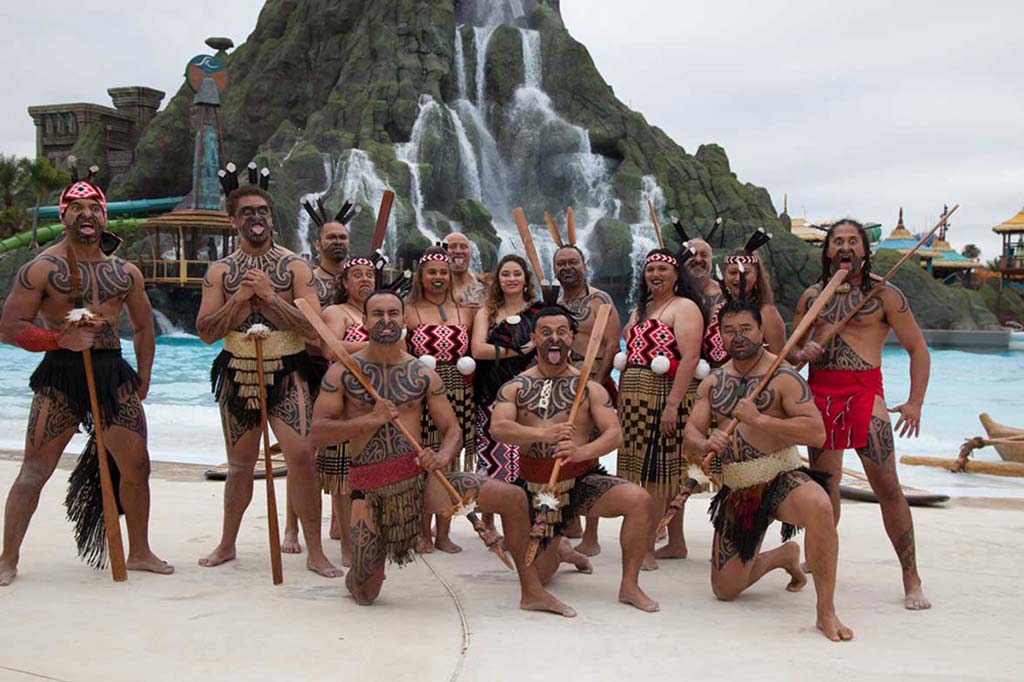 Second, their language – te reo Māori. Te reo Māori is undergoing a resurgence and more people speak the language now than did a decade earlier. There are Māori language schools, Māori radio stations and a Māori television channel.

Did You Know?
Te reo Māori is the easiest language of the world to learn while Japanese is the hardest.

To date, continuous efforts are being  made by the New Zealand government to revive the lost language of the natives and ever since 1975 they have been celebrating the Māori language week.

FUN FACT–
Aotearoa is the Māori name for New Zealand and means “Land of the long white cloud”.

The origin of the Māori language is said to be from the region of eastern Polynesia, most likely from the Southern Cook or Society Islands.

The language and its dialects are said to have developed over time till the 19th century.

Until 1800, the Māori language was the predominantly spoken language of New Zealand but declined during the 1860s and became a minority language in the shadow of English-speaking settlers – the traders, gold-seekers and missionaries – from Britain.

Missionaries first attempted to write down the Māori language in 1814. Professor Samuel Lee of Cambridge University worked with the chief Hongi Hika and his junior relative Waikato to systematise the written language in 1820.

By the 1980s, less than 20 percent of Māori people could speak the language well enough to be classed as native speakers. The sad part was that many of those people no longer spoke Māori even in their homes with their families.

As a result, many Māori children failed to learn their ancestral language, and generations of non-Māori-speaking Māori emerged.

Dive deep into the roots here.

Māori is closely related to the language still spoken in the Cook Islands (known as Cook Islands Māori), Hawai’i and Tahiti.

Beauty Of The Māori Language

Which is why the Māori language, traditions, and concepts have a lot to inspire the world with – for example, whanaungatanga (the importance of family) and manaakitanga (caring).

A culture that has words for ideas and emotions like these must be a rich, deep culture, no?
The values of whanaungatanga and manaakitanga – which are just 2 examples out of many – play an important role in helping us embrace love and caring for one another and how to respect where we come from, as much as where we are going. It helps make children more well rounded, develop emotions in them, a sense of belonging and responsibility.

Learning te reo Māori helps students grow as learners. They discover more ways of learning, more ways of knowing, and more about their own capabilities. They may become more reflective as they compare what they know of their first language with what they are learning in te reo Māori.

Fun fact–
The Māori alphabet consists of only 15 letters making it the easiest language of the world. It includes –
5 vowels- a, e, i, o, and u. These can be short or long (with the long forms denoted by macrons marked above them.) Example- The ‘a’ in Māori is a long vowel.
8 consonants- h, k, m, n, p, r, t, and w.
2 digraphs- wh and ng.

A Macron Can ChangeThe Whole Meaning

While learning Māori is easy, it can also be a lot of fun!

A macron on the vowel can completely change the meaning of a word. Look how amazing this language is –
‘Ata’ means ‘morning’ whereas āta means ‘carefully’.

Ata mārie means “Good morning” while “Āta haere” means “Go carefully”.
Another one –
‘Manu’ means ‘bird’ whereas ‘mānu’ (where ā has now become a long vowel with a macron over it) means ‘to float’.

One more for a better understanding–
‘Anā’ means ‘there it is’ or ‘behold.’ ‘Anā te tangata’ means ‘There is the man.’ However, ana means ‘a cave. So a simple vowel mispronunciation could have you saying “The cave is the man,’ which doesn’t make any sense.

Influence Of Māori Language On New Zealand And Some Basic Terminology

It is obvious that a country will be influenced by its people for they are the ones who build it.

Though the western culture and English language influenced the state, there are several words (mainly those of places, animals, birds, plants) which have resemblance or might have emerged from the native Māori language.

New Zealanders might be speaking fluent English today but many of them use Māori language in their day to day life.

One of the widely adopted words for greeting from Māori language that people use is ‘kia ora’. It is generally used to say ‘hello’ but can also be used to denote ‘thank you’.

Another Māori phrase ‘kia kaha’ is widely used which means ‘be strong’ to motivate a person in stress or elevate the mood of a sad person in a difficult situation.

Words like ‘whānau’ which means ‘family’ and ‘kai’ are also commonly used by the people of New Zealand.

Have a look and see 100 most common words used in Māori language.

Where To Learn The Māori Language

There are a few great places around New Zealand where you can learn about and practice the Māori language.

You can enrol in an online course and seek help from a professional teacher that has expertise in the language. REO ORA is one such online platform where you can learn the language from basics and go on to its advanced stage within a couple of months.

The modules start from level-1 teaching of the language and go on further. Dr. Rāpata wiri teaches here who has an overwhelming experience of over 25 years.

Have a look here. Did you know?
Māori language and culture is not only confined to New Zealand but also has significant influence in Australia with a majority living in the Queensland region followed by Western Australia.

Māori Days Of The Week